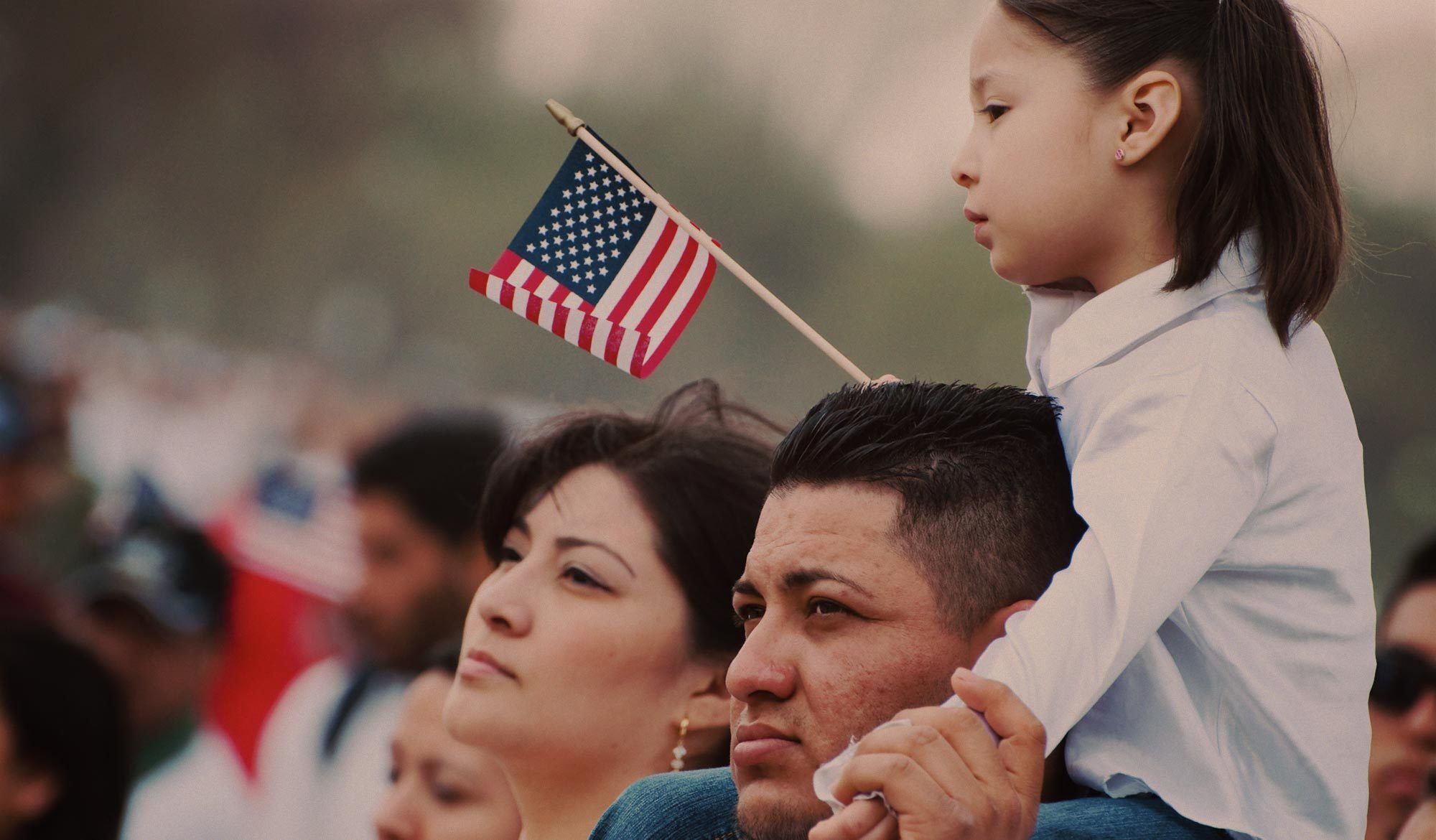 American Democracy in Crisis: The Fate of Pluralism in a Divided Nation

The Joyce Foundation set out to assess how the ideal of a pluralistic society is doing in this time of social and political upheaval. Do Americans believe the country is strengthened by diversity, or has pluralism become just another fault line in American democracy? Questions like these are significant for our grant making strategy, which is to advance racial equity and economic mobility for the next generation in the Great Lakes region.

We commissioned a nationwide survey exploring how Americans experience diversity in their own lives and the extent to which they believe it is an essential part of our national identity. “The Fate of Pluralism in a Divided Nation,” conducted in December by PRRI and The Atlantic, was the final poll in a three-part series, “American Democracy in Crisis.”

Following are among key findings of the 1,000-person survey:

Do Americans value racial, ethnic, and religious diversity? Do we believe it makes us stronger?

Can Americans come together across race, religion, and politics to address problems?

Community organizations and nonprofits were seen as doing the most to pull people together (54 percent).

What does it mean to be “truly American?”

Several traits are widely seen as important to being “truly American”: believing in individual freedoms such as freedom of speech (91 percent), respecting American political institutions and laws (90 percent), accepting people of diverse racial and religious backgrounds (86) percent, and being able to speak English (83 percent).

Other traits were more controversial, with differences falling along partisan lines. Overwhelming majorities of Republicans say being “truly American” means believing capitalism is the best economic system (79 percent), believing in God (73 percent), and being born in America (63 percent). Democratic support did not reach a majority on any of these issues.

How do we experience diversity in our lives?

Seventy-four percent of Americans interact with people of different racial and ethnic backgrounds in their workplace – a significantly higher number than other social gathering places mentioned, including public schools.

One of the most intriguing sections of the survey explored the intersection of Americans’ personal lives with diversity issues. Respondents were asked how they would feel, on a scale ranging from “very happy” to “very unhappy,” about a son or daughter marrying someone from a different background – race or ethnicity, religious group, political affiliation, same sex, or transgender.

Overall, respondents were more likely to say they would be happy (32 percent) rather than unhappy (13 percent) if their son or daughter married someone of a different race or ethnicity, but a majority (52 percent) said they were neutral. Similarly, a majority (56 percent) of Americans report neutral feelings about the prospect of their child marrying someone from a different religious background, while 25 percent said they would be happy and 16 percent said unhappy.

The prospect of a child marrying someone from the opposite political party elicited more unhappiness from Democrats (45 percent) than Republicans (35 percent).

Perhaps such unions could help ensure that politics are off-limits at Thanksgiving dinner tables.

How is American democracy working in a diverse, multicultural society?

Over the past year, our partners at PRRI and The Atlantic have conducted a series of three polls around the theme “Democracy in Crisis,” to understand core measures of how Americans think democracy is working (or not) across the country and in the Great Lakes region. The recently released third poll focused on Americans’ “commitment to pluralism,” which is a fancy way of saying whether people value a diverse, multicultural society as part of our nation’s fabric and identity.

You can read more about how different demographics experience and value diversity in our survey recap above. I’ll focus here on two sets of questions directly related to the functioning of our democracy – the experience of voting in November 2018 and the 2020 Census.

Experiences Voting in the 2018 Midterm Election

The survey asked a series of questions regarding some of the most common complaints about barriers that voters encounter, to get a sense of how common they are and if they impact some demographic groups more than others.

Overall, the percentage of people surveyed who reported that they or someone in their household experienced barriers to voting last November was very low. That’s good news. It means that for most people the system is working.

However, of the individuals surveyed who did report barriers to voting, most if not all were voters of color and younger voters. That means we still have work to do.

When you dig into the state-specific data, another potential problem surfaces: voters may experience barriers they should not encounter given their state’s election laws.

For example, in states that allow Election Day registration – which may go by other names, such as same-day registration or grace period registration – no one should be reporting that they missed the registration deadline. The fact that a small number did indicates a need for more voter education, so voters are aware they can still register and vote on the same day. Improving poll worker training may also help ensure that all poll workers are comfortable with how to process onsite voter registrations.

Impact of Including a Question about Citizenship Status on the Census

In March 2018, U.S. Commerce Secretary Wilbur Ross announced that the Census Bureau would add a new question to the 2020 Census asking about residents’ citizenship. This decision was highly controversial and sparked immediate backlash – public comments opposing the new rule, advocacy efforts urging Congress to exercise their oversight authority to reject the late-added and untested questions, and a batch of lawsuits that have been working their way through the courts – including at least one going before the Supreme Court this spring.

The latest PRRI poll in the democracy series gives us some early indication of how people perceive the citizenship question.

First, the survey asked “Do you think the government will use these Census records to check on an individual’s immigration status, or do you think this information will only be used for counting the population?”

Then the survey asked, “In your opinion, how likely do you think it is that the Census will NOT get an accurate count because some people will be worried about answering this question?”

A total of 76 percent of respondents believe it is somewhat or very likely the Census will not get an accurate count because people will be worried about answering the citizenship question. That makes sense given the prior question, which shows that 40 percent don’t know how the data will be used and 33 percent think it will be used to check immigration status.

This indicates a strong need to inform the public about how Census data will and will not be used. Based on these poll responses, the public clearly doesn’t fully understand that. At a time when misinformation and disinformation run rampant and have been used in some cases to thwart democracy, this poll indicates a risk the public may be susceptible to misinformation and disinformation that could diminish census participation. Avoiding that outcome will require a concerted public effort by the government and advocates to improve public awareness and understanding of how Census data is and is not used.

I invite you to dig deeper into all of the recent survey findings, available here.

Joyce grantees in Michigan and Ohio have played integral roles advancing policy for fairer implementation of legislative districts for all citizens in those states.