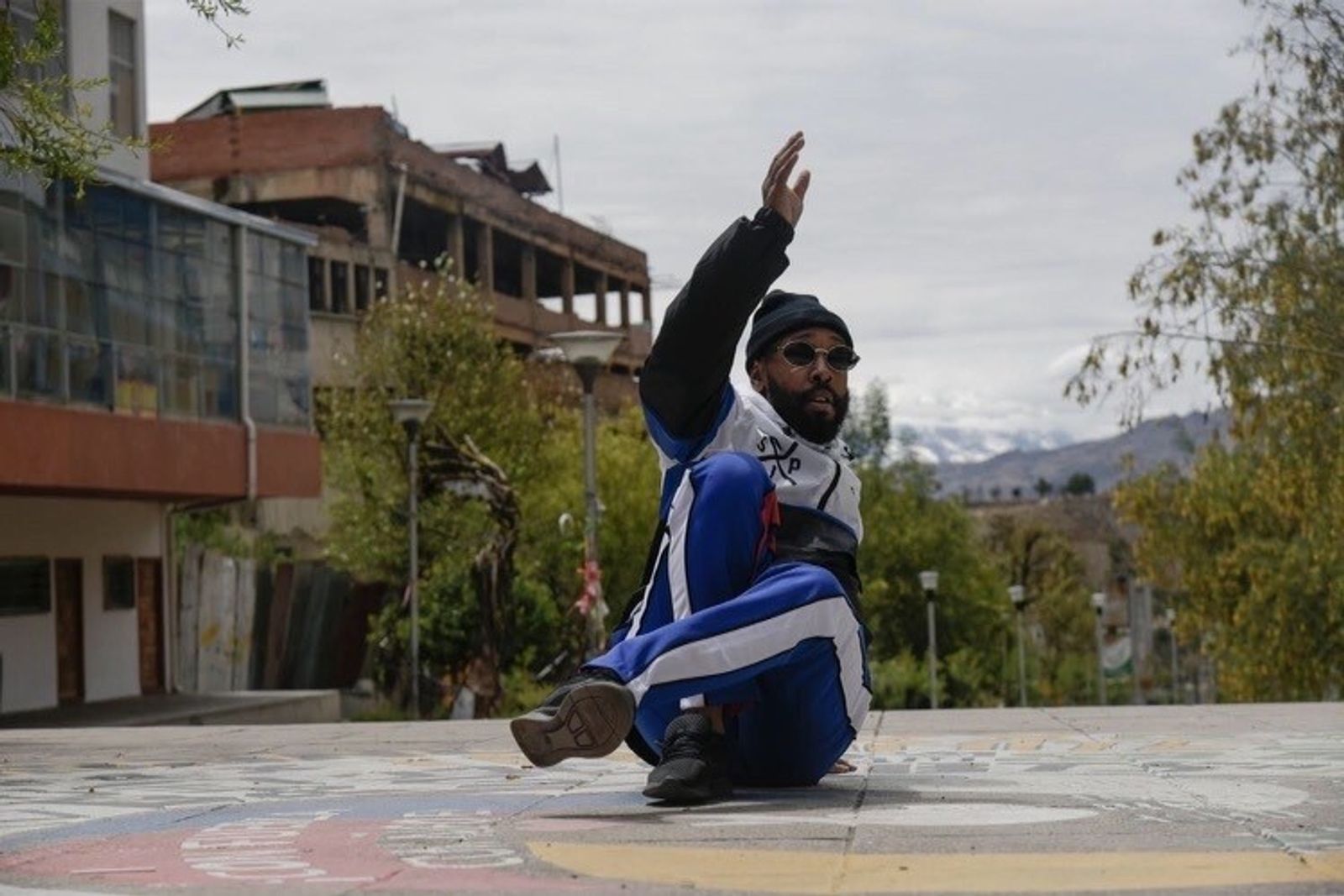 Michael Manson and Living Arts are one of the five winners of the 2022 Joyce Awards, which honor collaborations between artists of color and arts and community organizations throughout the Great Lakes region.

“The community here in Detroit is in tune with the style of Jit—it’s not just a dance, it’s a culture. Rhythm of the Feetand the workshops I’ll be doing with students are about keeping the culture alive and ensuring Jit is recognized and respected as a genre, while also creating new opportunities for dialogue and cultural exchange both in Detroit and around the country.” –Michael Manson

Showcasing a 50-year tradition integral to Detroit’s cultural history, Michael Manson’s Rhythm of the Feet is a new concert-length dance production that centers on Detroit Jit, a legendary street dance style that emerged in the 1970s. The work aims to spread greater awareness and recognition of the dance form while encouraging cultural exchange, drawing on Manson’s own experiences as a dancer as well as placing Jit in historical and cultural context alongside other footwork styles like tap, Chicago footwork, House, Memphis Jookin, and Lindy Hop. An extensive community engagement process facilitated by Manson and Living Arts, focusing on Detroit’s Black and Latinx communities, will span the work’s development and presentation, including free family-oriented workshops that will inform the choreography and narrative, as well as student-focused performances at local schools. The project will culminate in a fully staged production of Rhythm of the Feet featuring professional dancers from around the country, to premiere at a Detroit theater.

Michael Manson (b. 1988) is a Detroit-based teaching artist, dancer, and choreographer, specializing in the street dance forms of popping and Detroit Jit. In 2015, Mike was a featured dancer on the television program So You Think You Can Dance, which showcased his expertise of Jit. Mike was the primary choreographer of the Detroit Pistons dance crew D-Town and his teaching credits include master classes at Arizona State University, the Columbia College Chicago Dance Center, and Broadway Dance Center. Mike has taught workshops and performed internationally in Paris, France, La Paz, Bolivia, and taught a master class for Dorrane Dance production company in Ottawa, Canada. Currently, Mike is on tour with the acclaimed street dance company Rennie Harris Puremovement, performing in Caravan, starring jazz scholar Terence Blanchard. In August of 2019, Mike was an invited teaching artist for Rennie Harris Illadpelh Legends Festival, teaching Detroit Jit. Mike is currently working with the nonprofit organization Living Arts, which provides art education for the youth and their families in Detroit. Mike has also partnered with The Boys and Girls Club of Detroit, creating after school dance programs for children. In 2020, Mike was awarded the Kresge Fellowship Grant for his work in the visual arts.

Living Arts is a nonprofit located in the heart of Southwest Detroit that works at the intersection of art and learning. It provides art classes and experiences through K-12 in-school artist residencies, afterschool programming, and early childhood programming designed for caregivers and their young children. The organization serves youth ages 3 months (with caregivers present) through 18 years, and all of its classes are taught by professional Teaching Artists specializing in a variety of art forms. Living Arts ignites creativity in the lives of Detroit youth through the performing, visual, and media arts. It envisions a future in which all youth have access to engaging, high-quality arts experiences, so that they can lead with confidence and empathy, drawing strength from their cultures and communities.

Fellow 2022 awardees include: Nancy García Loza with the National Museum of Mexican Art, Nabil Ince with the Harrison Center for the Arts, Aram Han Sifuentes with the HANA Center, and Pramila Vasudevan with Public Art Saint Paul.